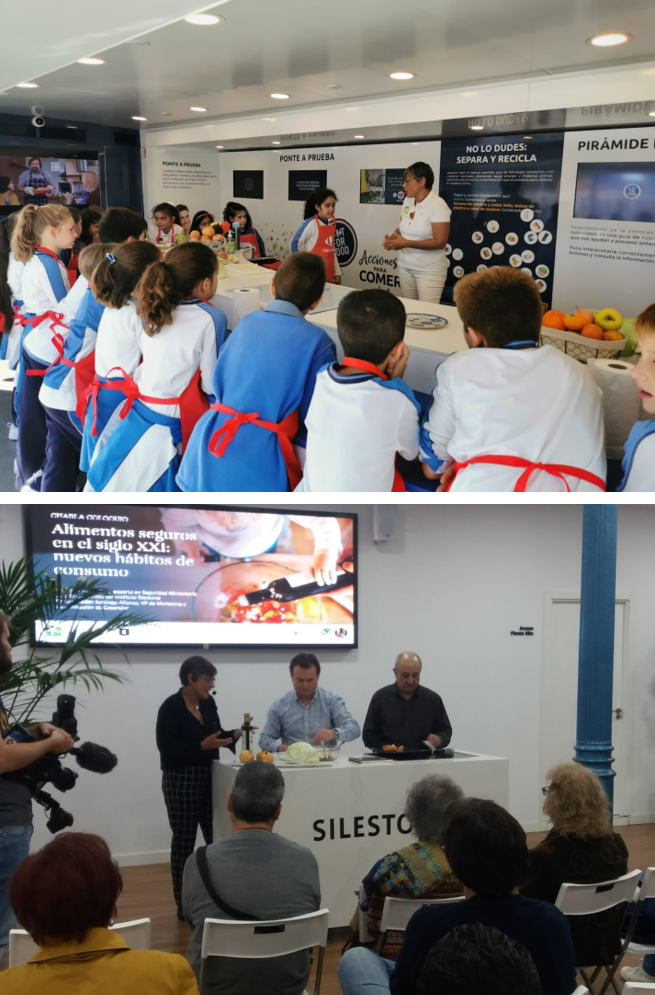 Within the framework of the activities of Almería 2019 Spanish Capital of Gastronomy, Cosentino has organized, from November 5 to 7, workshops and talks that offer information and advice on how we should feed ourselves.

The objective of consumers is to get healthy, safe, nutritious food … but for this we must think globally and address other issues such as climate change, food waste, overexploitation of resources, contaminants such as microplastics, super bacteria … .Most of them linked to our form of consumption.

Practical workshops for groups of schools and adults

In the workshops, practical advice on good hygiene and nutrition habits has been offered and awareness of the need to address food from a broader point of view, taking into account the challenges we face today. During the workshops a recipe has been prepared with traditional, local and seasonal foods, extracted from the book “Gastronomía” by Antonio Zapata. The workshops have been carried out in collaboration with La Caravana “Actions to eat better” by Carrefour.

Maite Pelayo, a food safety specialist microbiologist and technical spokesperson for the Silestone Institute has given a talk on the creation of a new Food Security paradigm in which global problems related to food have been addressed. Santiago Alfonso, VP of Marketing and Communication of Cosentino has been in charge of presenting the talk that has been attended by Antonio Zapata, renowned journalist and gastronomic writer.

During the talk there have analyzed what actions to take to get a better diet, emphasizing that it is not only a global and transversal issue but also a personal one as consumers. According to Maite Pelayo “The way we interact with food and our attitude towards them must change dramatically if we want to achieve satisfactory levels of safety in the future. The era of food egocentrism is over: let’s not think about what food can do for me but what can I do for food ”

The contents of the workshops and the talk have been developed by The Silestone Institute, the international platform promoted by Cosentino to investigate and disseminate knowledge about the kitchen space. “We are very proud that Cosentino can contribute with actions like this to the activities organized within the framework of Almería 2019 Spanish Capital of Gastronomy”